Stress can be called a universal truth, which is why it begs the question, “How can we manage that?” How can you change the truth? In the same vein, stress can never really be managed. The concept of managing stress is a funny thing, it doesn’t actually mean that we make attempts to manage it; it means we understand and tackle how our body absorbs the stress. Going by that idea, stress management might not have the same meaning that we think it would have, however, in order to deal with stress properly, the correct way to term it would be Self-management.

Our body reacts to different situations and stimulants in varying ways. The responses that we show are all triggered by the brain, and similarly stress is the body’s response to its own various factors. Having said that, the responses that the body shows can be categorized into two distinctions: trained brain, and untrained brain.

If there is an event that requires a response, for instance a break-up, the primary focus is how the brain reacts to the situation. A trained brain will be able to show a natural response, meaning it is ready and aware for such an event. Meanwhile, an untrained brain when needs to respond will be unable to respond naturally, and the response that the body shows then is stress.

Not just events but often times words can also triggers responses. If the body absorbs it and shows a positive response, it can be called a natural event but if the body shows a negative response to it, then that response can be understood to be stress.

The brain governs the entirety of the bodily functions. It sends signals to all the various systems in the body to function and respond a particular way. Stress targets the brain, and often affects various other bodily systems as well. For instance, recurring urges to use the washroom, which is because it has affected the digestive system. Stress triggers the brain into affecting the system which is weak in the individual’s body.

The warning symptoms projected by the brain: perspiring, fear, failing vision; and these symptoms vary based on which system has been affected by an individual’s stress. Due to the varying factors for the symptoms, there is no universal symptom for stress.

When stress starts triggering the brain into affecting other bodily functions, there are different signs that are noticed. For example, people often seek medical attention claiming to fear having heart ailments because they can sense their heart beating faster than before. Even if theses symptoms aren’t entirely false, the fear and the sensation is caused due to the stress having affected that particular system, in this case the heart. The symptoms or signs can differ from person to person, and it eliminates the chances of establishing a concrete symptom for stress.

Causes of Stress in Nepalese Youths:

In terms of the youth in the society, there have been major changes in the responses they have shown within the past decade. These differences alone can be termed as unseen disasters, and are contributed to by four major factors.

Migration: The first factor in bringing about a change in the way youths react is migration, either internal or external. Society, as we know it, has a cruel view of things, especially towards the youth and the newer generations. The idea of migration comes from the dilemma of deciding whether to travel long distances or overseas for studies and occupation or stay in Nepal itself. Having made to decide which path to take and what they want to pursue puts them under a lot of scrutiny, for which they aren’t fully ready or aware, in turn, putting them under stress.

Media and Technology: The media and technology boom came as a major change worldwide. This change has been observed as both an opportunity and as a crisis, which divides people supporting opposing ideas. The split opinions about the issue brought about a failure to adapt instantly, which put pressure on both sides creating a stressful environment.

Politics; The political disaster that Nepal has been accustomed to has been a factor in the differing responses to stress. The unstable political status in the country resulted in an increase in the rates of unemployment, creating unneeded idle time. With nowhere to vent themselves, all the idle time was spent on social media platforms such as Facebook, YouTube and even dating sites. Most of their frustrations are vent out on those platforms, and they began to take social media platforms as a form of coping with their stress rather than expressing it directly.

Youths are known to be mostly expressive, which is a positive factor about them. They express their stress somewhere in some form, be it through smoking, drug habits, social media addiction or through simple expressions. The reason stress is seen mostly in youths is because they are more noticeable. Because the majority of the growing population are youths, it is understandable why it can be noticed more in youths than others.

Coping with stress has become increasingly difficult for the youths. Due to stress, they start losing their creative and mental capabilities which in turn hinders their position in society. Society has a cruel view of people and it doesn’t hold any expectations or positivity towards youths that don’t have the capability of bringing creative and strong results, therefore increasing the panic and stress.

Within it all, the approaches that have traditionally been undertaken in society to cope with and handle stress have been incorrect. Most of the management approaches are problem-focused, which digs deeper into the problem rather than deciphering the solution for it. In terms of medical approaches, for a problem-focused approach, a clinical psychologist will question when one feels most stressed, which looks into the problem and tries to understand the problem and moves further away from the solution.

Breaking the traditional mold, the ideal strategy would be to undertake a solution-based approach. Focusing on the solution creates more opportunities and possibilities of being cured than targeting the problem. Everyone has an ability to build coping strategies but that ability diminishes when they start focusing on the problem rather than focusing on the solution. Adding to that, there are different solutions to different problems, and each of those differ from one society to the other. The practices that help cope with stress in America won’t help in Nepal because the two societies are shaped differently. Coping with stress with a solution-focused approach establishes two types of practices that are ideal for Nepal:

Family-based Practices: The Nepalese society is highly family-oriented, and expressing one’s stress and having the help of family members to find a comfort zone is an ideal approach.

Education-based Practices: Each individual has a specific comfort zone where one can feel relaxed; finding that comfort zone is a type of coping strategy. Hence, teaching coping strategies to people and understanding that it varies from person to person increases the chances of finding effective solutions. 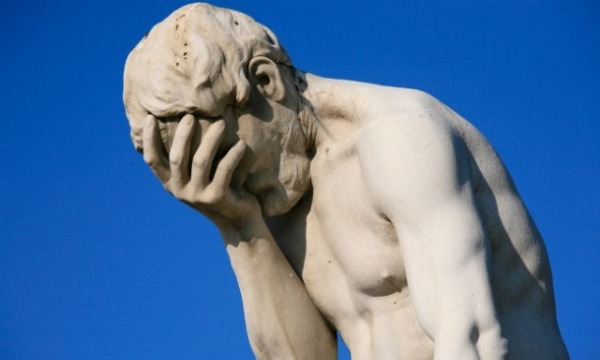